A few Christmas holidays from years gone by, Michele treated all her fellow office workers with some of her family's  holiday drink. Delicious! Michele had  been in the habit of baking for the whole month of December. Holiday week she would arrive with trays of yummy cookies. We were full of anticipation. Our hopes built starting the day after Thanksgiving. So when she arrived with a bottle of homemade brew, expectations were justifiably high. Oh yay. Turned out it was an aged spiced honey drink... with a zing. And a good thing for whatever ails you, she said. On the farm they would give it to whoever was sick. They would sometimes even give it to ailing animals! We office workers often feel like ailing animals, so we were ready and waiting. Oh, did it ever surpass expectations. Yum. Just a wee drop - what bliss.

After doing a little research I determined it is most likely a Lithuanian drink. According to one legend, Benedictine monks concocted this drink back in the late 16th century: honey, spices and alcohol. Hmm, no surprise here, it caught on. Krupnik in Polish or Belarusian and Krupnikas in Lithuanian, it's part of the culture now.

Eventually I was able to acquire her mother's recipe. Last year I made it as specified. Mostly. When I heard it was good for what ails you, I didn't resist adding ginger to the brew. This year I diverged further including all my favorite spices. Spiced ginger tea with honey is a staple round here for the ailing.

Friends have hinted this year's brew is a bit strong. But I love all the added zip. So I will give you the original recipe, and star all the additions I made this year. I would suggest you go slow unless, like us, you are used to ginger and clove. 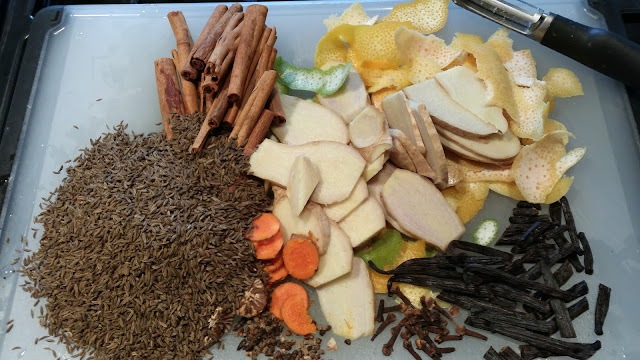 Bring to almost a boil and let simmer 5 minutes 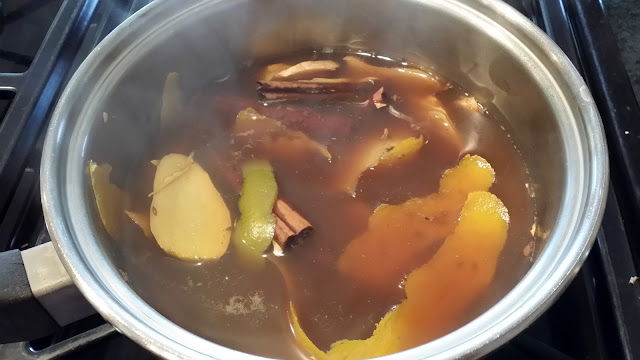 Heat until a white froth starts to appear. Pour into a 2 quart bottle and cover. Let sit at least 1 full day before pouring off the spices. I used a muslin lined colander to extract the spices. One could, also use those same spices again to mull some cider. Serve as a liqueur or by the tablespoon for the ailing. It is also delicious added to warm apple cider.

Note for next year: it is always a moment of anguish when you have finished your private stock and not delivered all those bottles to be given away as presents. Be sure to make another bottle for private stock. 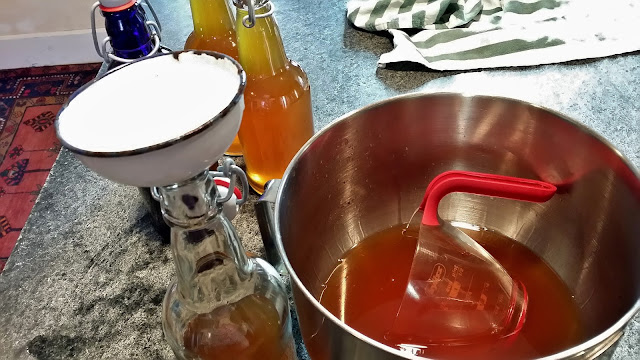 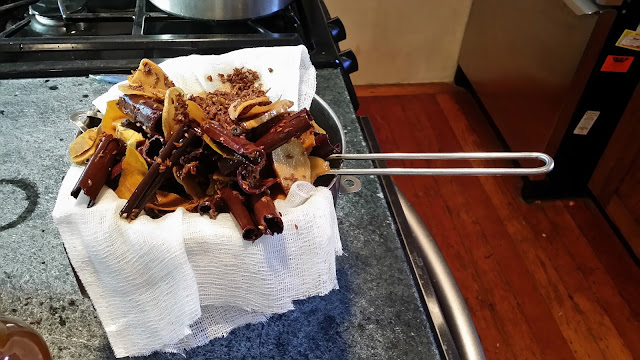 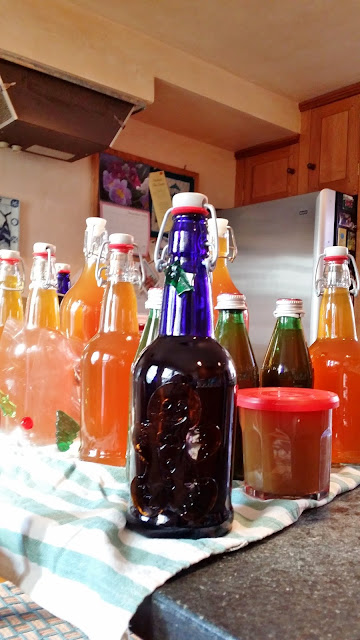 Oh yes -Michele please forgive me. I have quite adulterated your mother's recipe. But it is oh so good. Happy New Year!

Panayoti Kelaidis said…
It looks scrumptious: no wonder you're never sick! (And now I know how you two bounced back so quickly from that terrible mishap a few years ago!). I shall flag this: it looks delicious! for the next "cooped indoors" season when Jan and I inevitably get the sniffles.
February 18, 2016 at 9:59 AM