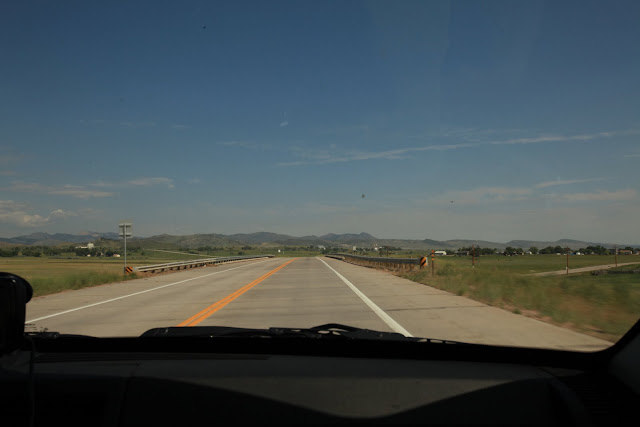 Setting out from Fort Collins, we headed north to Wyoming. But first we had to go through the mountains and their passes. One interesting marker along the way concerned Virginia Dale.
In "Roughing It", Mark Twain described the goings-on at this stage station, named for the wife of the infamous Jack Slade. After the Union Pacific Railroad laid tracks to Cheyenne in 188, the stage station floated to obscurity. But what remains is currently the only Overland Stage Co station still standing. The Virginia Dale Community Club is an educational and charitable organization which receives its support from the general public. The stage station was added to the National Register of Historic Places in 1985.

The Touch of Wyoming

Just outside of Laramie, I started noticing flashes of purple. Whoa, plant stop! Rod pulled over while I jumped from the jeep, camera in hand. My first legume of the state:
Then came the attack - mosquitoes landed and blatantly bit anything warm they could find, through my scarf, through my pants through my skin! Rod rolled up the windows as fast as could be, trapping one in the top. I ran back to the car and away we sped.
Later we took another break. The wind was blowing so hard, the bugs had to cling to the ground. We were safe to hunt plants. And what a score we hit- a vast bunnery! 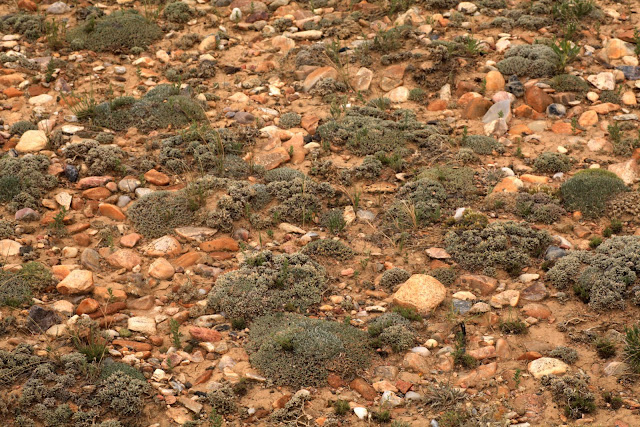 Safe to say I need to look up these gems in a manual for the area. But oh, they were good. 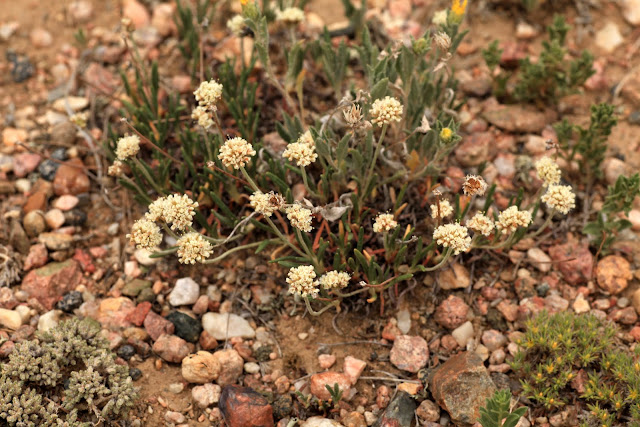 We dallied in that incredible little dale until the rain and the wind let us know it was time to mosey on down the highway.
Then it was back down, up into the mountains of Colorado. Our destination was Steamboat Springs. We thought it had begun to rain again. Splat. Splat. Big sounds like big raindrops. But to our amazement, it was a hatch. The bugs were so thick it looked like the air was a brown moving mass. As we climbed they passed. Looking at the map the shortest way seemed obvious, but the road started looking a little washed out. A quick call to our son Tim confirmed it. Buffalo Pass still had 6 feet of snow, so we should stick to the main road. So we turned to Rabbit Ears Pass.
We made it to Steamboat just in time to watch the bike race - the Town Challenge. Tim and Kate both climbed the mountain.

John Stireman said…
I have yet to see more than a little of your blog posts but I have thoroughly enjoyed what I have seen. Fabulous garden!

You have a plant labeled "Leptodactylon caespitosum" in your 2011 July 6 Colorado Day 4 post which is certainly Paronychia sessiliflora. Also Oct 2 Colorado Day 10. Others?
November 4, 2013 at 4:33 PM

John Stireman said…
There are a couple plants identified as Leptodactylon caespitosum in your blogs which are most certainly Paronychia sessiliflora.